Ummagumma was released on 25 October 1969, through Harvest Records. The album’s title supposedly comes from Cambridge slang for sex, commonly used by Pink Floyd friend and occasional roadie, Ian “Emo” Moore, who would say “I’m going back to the house for some ummagumma“. According to Moore, he made up the term himself.

Like several other of the band’s covers, it was designed by Hipgnosis.

Release Date: October 25, 1969.
Release Information: First issue with “The Gramophone Co., Ltd.” on the edge of the label, and no small EMI logo on the label.
Printing Errors: The word “London” spelled wrong on the bottom of the back cover: “Printed and made by Ernest J. Day & Co., Ltd. Londen.” On the Side 4 label, there is the misspelling: “The Gand Vizier’s Garden Party.”

Side 1: Astronomy Domine / Careful with That Axe, Eugene
Side 2: Set the Controls for the Heart of the Sun / A Saucerful of Secrets
Side 3: Sysyphus / Grantchester Meadows / Several Species of Small Furry Animals Gathered Together in a Cave and Grooving with a Pict
Side 4: The Narrow Way / The Grand Vizier’s Garden Party

Front:
The cover artwork shows the members of the band, with a picture hanging on the wall showing the same scene, except that the band members have switched positions. The picture on the wall also includes the picture on the wall, creating a recursion effect, with each recursion showing band members exchanging positions. After four variations of the scene, the final picture within picture is the cover of the previous Pink Floyd album, A Saucerful of Secrets. The British version has the album Gigi leaning against the wall immediately above the “Pink Floyd” letters. At a talk given at Borders bookstore in Cambridge on 1 November 2008, as part of the “City Wakes” project, Storm Thorgerson explained that the album was introduced as a red herring to provoke debate, and that it has no intended meaning. On most copies of American and Canadian editions, the Gigi cover is airbrushed to a plain white sleeve, apparently because of copyright concerns; however the earliest American copies do show the Gigi cover. 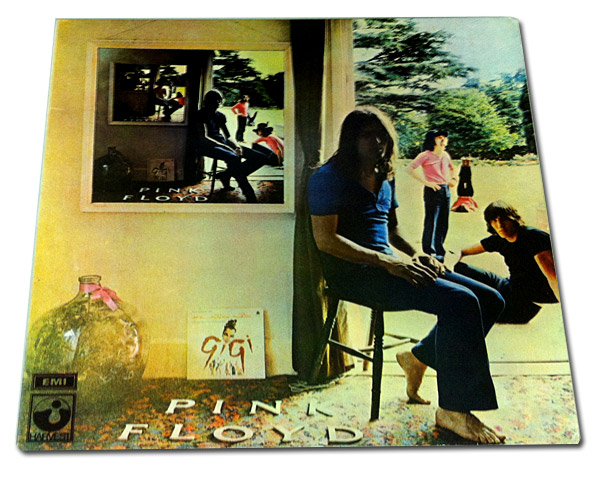 Back:
On the rear cover, roadies Alan Styles (who also appears in “Alan’s Psychedelic Breakfast”) and Peter Watts are shown with the band’s equipment laid out on a runway at Biggin Hill Airport. This concept was proposed by Mason, with the intention of replicating the “exploded” drawings of military aircraft and their payloads, which were popular at the time.

Pink Floyd roadie Alan Styles on the left, died Dec. 8 of pneumonia. He was 75.

Road manager/sound engineer Peter Watts on the right. Father of the celebrated actress, Naomi Watts. Peter Watts is heard on The Dark Side of the Moon, to which he contributed the repeated laughter during “Brain Damage“. Watts was also responsible for the line about the “geezer” who was “cruisin for a bruisin” used in the segue between “Money” and “Us and Them”, and the words “I never said I was frightened of dying” heard near the beginning of “The Great Gig in the Sky“. He was found dead in a flat in Notting Hill, London, of an apparent heroin overdose, In August 1976. 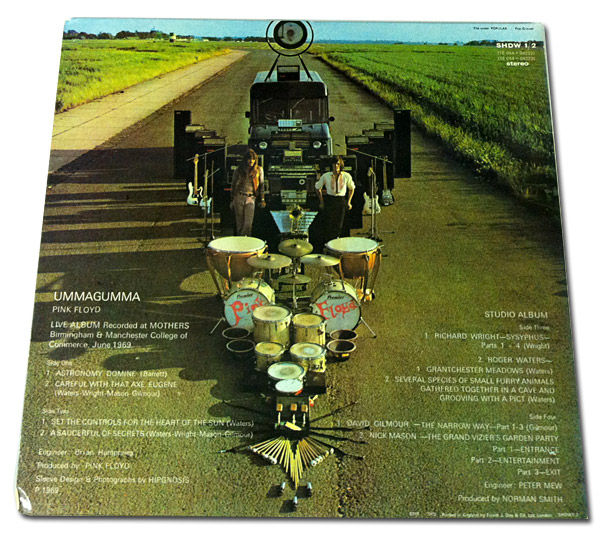 The inner gatefold art shows separate black-and-white photos of the band members. Gilmour is seen standing in front of the Elfin Oak. Original vinyl editions showed Waters with his first wife, Judy Trim, but she has been cropped out of the picture on most CD editions (with the original photo’s caption ‘Roger Waters (and Jude)’ accordingly changed to just ‘Roger Waters’). 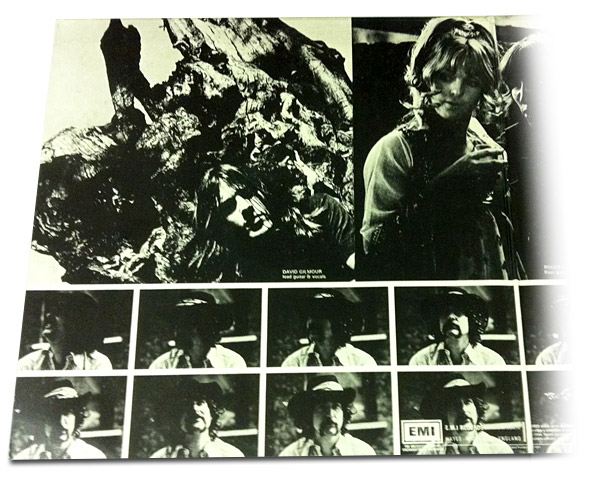 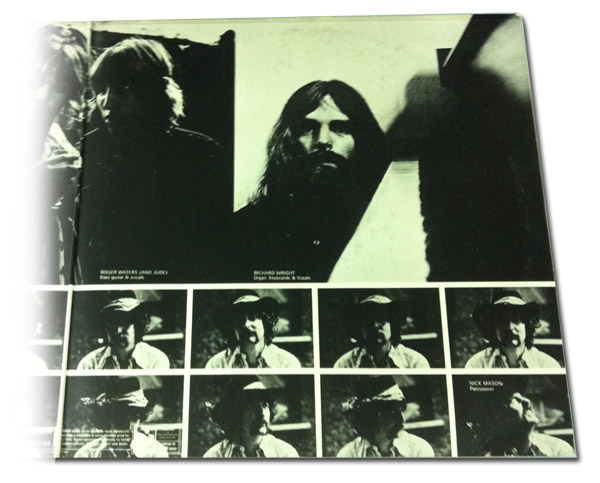 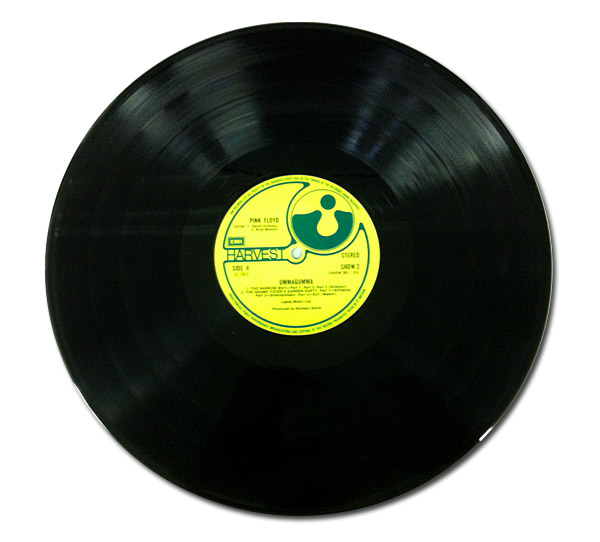 Alan’s Psychedelic Breakfast is a three-part instrumental track from the 1970 Pink Floyd album Atom Heart Mother written primarily by Nick Mason but credited to the whole group. The track features Pink Floyd playing in the background as Alan Styles speaks about the breakfast he is preparing and eating, as well as breakfasts he has had in the past. Alan can be heard entering the kitchen and gathering supplies at the start of the track, and washing up and exiting the kitchen at the end; a dripping tap can be heard during both of these instances. On some copies of the vinyl version, the dripping tap at the end of the song is cut into the run-off groove, so it plays on infinitely until the listener removes the stylus from the album. 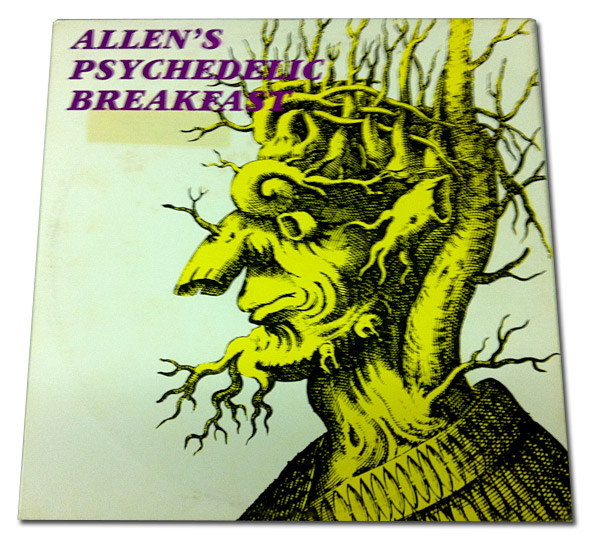 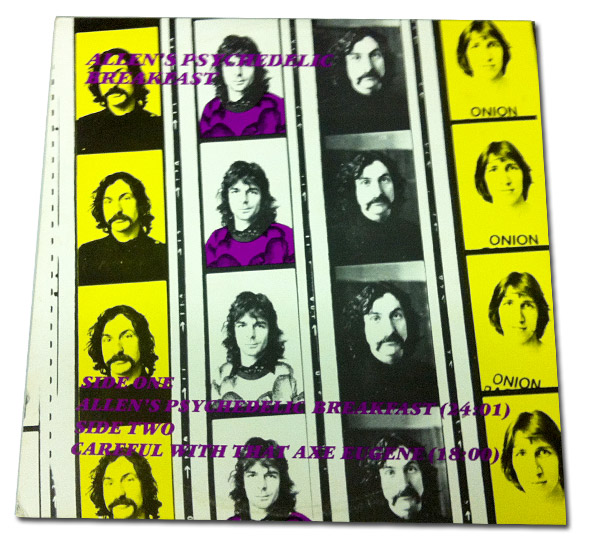 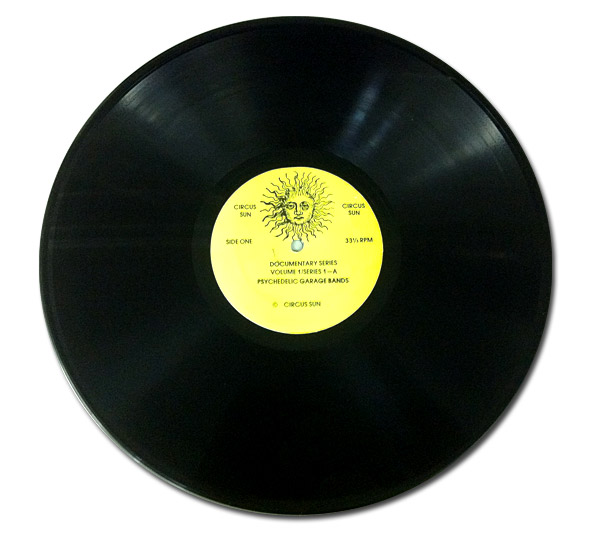 Gigi is a 1958 American musical romantic comedy film directed by Vincente Minnelli. The screenplay by Alan Jay Lerner is based on the 1944 novella of the same name by Colette. 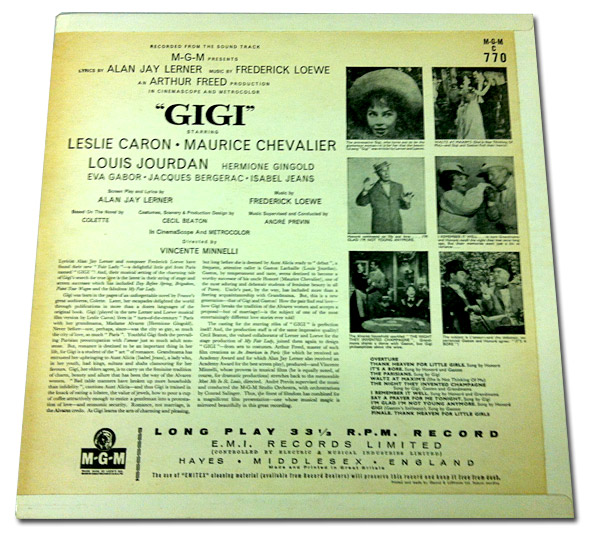 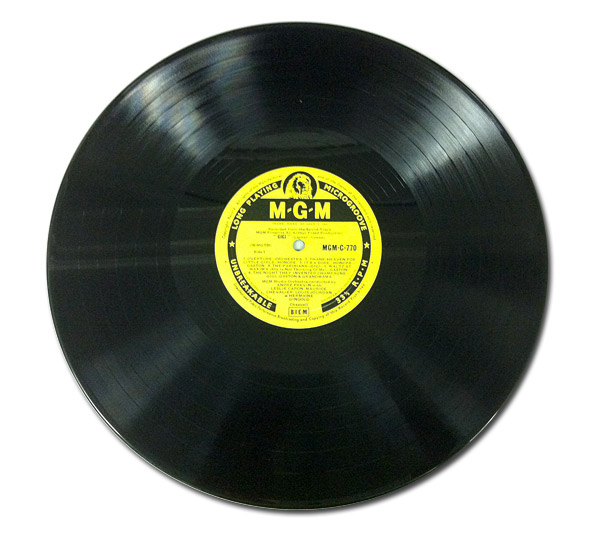